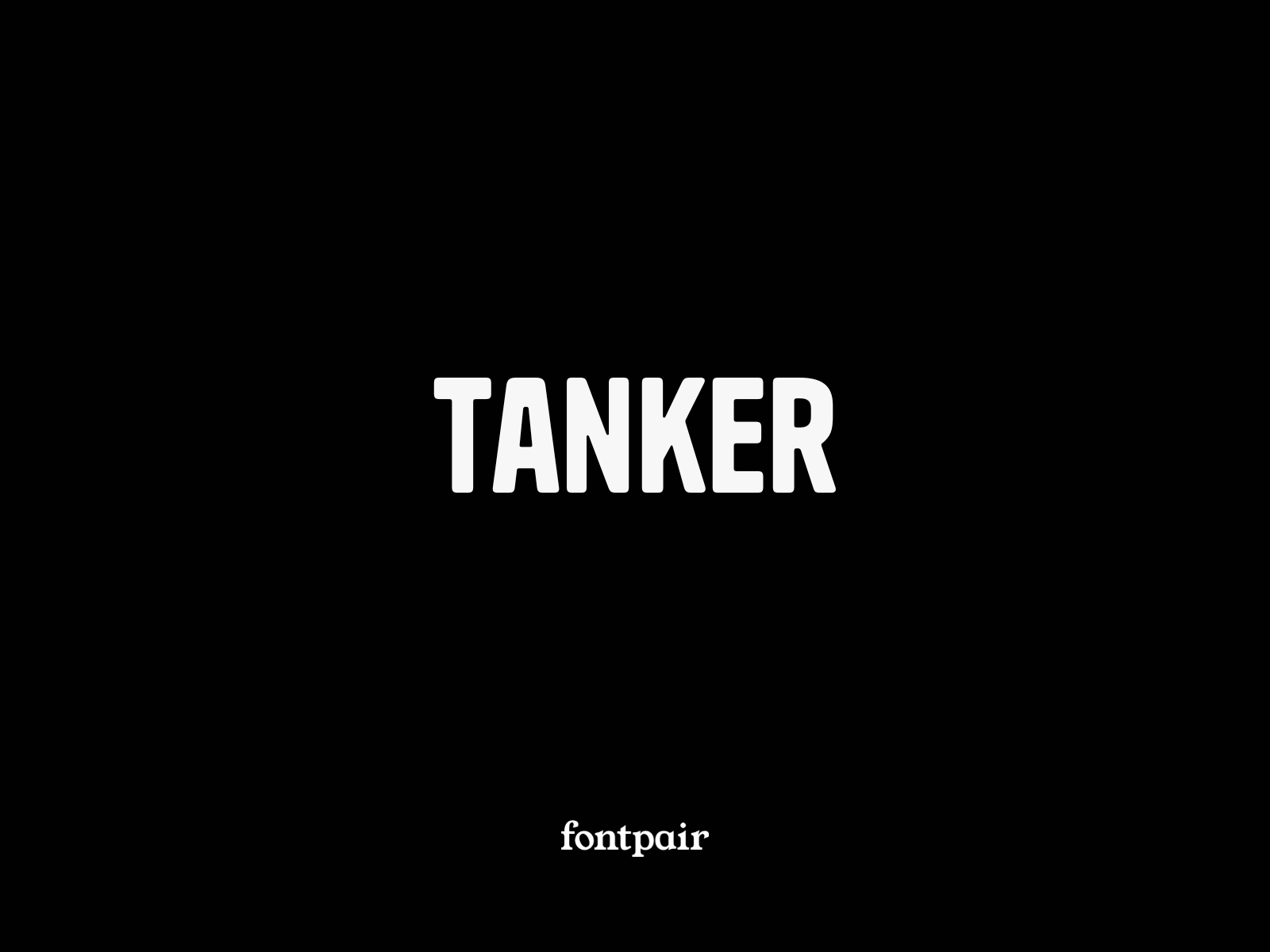 Tanker is a single-weight, uppercase-only, condensed sans serif. The ‘caps’ saved onto the font’s lowercase keys are of a different design that those you’ll get when you press the uppercase keys. So the font has two different versions of each letter for users to choose from, really. The ‘lowercase’ caps have more-traditional sans serif forms, while the ‘uppercase’ caps appear more experimental and dynamic. Like the letters, the font also has two sets of numbers. The second, alternate set of numbers is available via an OpenType Stylistic Set. All of the corners on Tanker’s characters are rounded off. This gives them a soft feeling, despite the weight of the characters themselves being somewhat heavy. Tanker is designed by Ruosi Huang.